Surfing, the art of riding waves, is one of the oldest sports still practiced today. For some, the sport is a blend of art, the beauty and power of nature as well as skill, strength and athleticism. Surfing is also one of the few sports that has created its own culture and lifestyle.

Surfing requires a certain attitude. Surfer Greg Ambrose, explains the thrill seeking and addiction to big wave riding that revolutionized the sport of surfing to what it is today

“… it is essential to have the proper crazed attitude that implies a certain reckless disregard for personal safety. If you paddle out thinking you are going to get hurt, you will. If you think you can’t make the drop, you won’t. If you begin to wonder what in the world you’re doing out among those menacing waves, it’s time to be thankful you’re still alive and head for the beach.”

Here are the surfing origins around the world, it’s history, revival and surfing in modern times:

Evidence for Polynesian “He’enalu” or wave-sliding, in old Hawaiian, was witnessed in a similar to form to how we know modern surfing, by early European visitors. Captain King described what he saw in 1779:

“On walking one day about Matavai Point… I saw a man paddling in a small canoe so quickly and looking about him with such eagerness of each side. He then sat motionless and was carried along at the same swift rate as the wave, till it landed him upon the beach. Then he started out, emptied his canoe, and went in search of another swell. I could not help concluding that this man felt the most supreme pleasure while he was driven on so fast and so smoothly by the sea.”

Petroglyphs of surfers, carved into the lava-rock landscape, and chants that tell the stories of great surfing feats, carried a symbolic lore throughout the generations, though there is no clear evidence how far back this history goes.

Surfing was also part of the Kapu system of laws. Chiefs used surfing and other Hawaiian sports as competition to maintain their strength, agility and command over their people. Class distinction in old Hawaii was as apparent in the ownership of surfboards as it was in all other aspects of the culture.

There were four basic board types used in ancient Hawaii:

By 1890, surfing in Hawaii was almost extinct. The influx of foreign traders needing workers to support a rapidly growing agricultural empire and missionaries who frowned on the sport, led to surfing, along with many other sacred aspects of the Polynesian culture declining. Thanks to the dedication of a few Hawaiian surfers including David Kalakau, an advocate of all Hawaiian sports, surfing may not have seen a revival in the twentieth century.

Surfing history in Samoa and Tonga 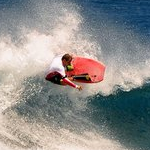 Surfing was also witnessed by European settlers in Samoa who reported Samoans surfing on planks and single canoe hulls. Edward Treager reported that Samoans referred to surf riding as fa’ase’e or se’egalu. Oral tradition also confirms that surfing was practised in Tonga, where the late king Taufa’ahau Tupou IV was the foremost Tongan surfer of his time.

Surfing history in the United States 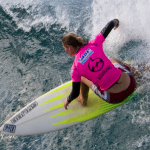 The first reported surfing in the US was in 1885, when three teenage Hawaiian princes, David Kawananakoa, Edward Keliʻiahonui and Jonah Kūhiō Kalaniana’ole surfed the mouth of the San Lorenzo River on custom-shaped redwood boards.

In 1907 Irish Hawaiian George Freeth was invited to California to demonstrate surfing. Freeth surfed at the Huntington Beach pier and travelled up and down the coast demonstrating surfing on a 8 foot board.

In 1910, Tommy Walker returned to Manly Beach, Sydney, with a 10-foot surfboard “bought at Waikiki Beach, Hawaii, for two dollars.” Walker became an expert rider and in 1912 gave several exhibitions in Sydney.

Surfboard riding received national exposure with the exhibitions by Hawaiian Duke Kahanamoku in the summer of 1914-1915 at several Sydney beaches. As a current Olympic sprint champion, Kahanamoku was invited to tour the Eastern states of Australia at a series of swimming carnivals, before showing off his surfing skills at Sydney’s Freshwater, Manly, Dee Why and Cronulla beaches.

In the first years of the twentieth century the revival of surfing in Hawaii began. Hawaiians living close to Waikiki soon re-established surfing as a sport. Duke Kahanamoku, “Ambassador of Aloha” and Olympic medalist, helped expose surfing to the world.

Surfing’s revival was centred primarily in three locations: Hawaii, Australia, and California. In the following years surfboard designs changed in size, weight and shape, including the introduction of fins and styrofoam. This allowed surfers to move to larger, more challenging surf in places including the North Shore of Oahu during the winter months when waves climb to nearly twenty-five feet.

By the 1960’s, surfing grew from being an underground culture into a national sport. By the 1970’s short boards were created and surfing evolved into a professional sport with professional contests starting in 1975.

In the 1970’s, companies like Quiksilver, Billabong and Rip Curl were founded and the short board revolution had begun with the three fin surfboard launched in the 1980’s which is still popular today.

The 1990’s saw a revolution in surfing led by Kelly Slater, who later became world champion twelve times. In 1992, film-maker Taylor Steele made the movie Momentum using a simple camcorder. Cut to a punk soundtrack with surfing that was on a whole new level, the film introduced Slater and others who were riding barrels, doing big turns and an increasing variety of airs.
This revolution created increasing discontent with competitive surfing as the nineties progressed, and although some forward-thinking companies like Quiksilver were taking contests to world class waves, the majority of the world tour still took place in poor surfing locations.

Throughout the nineties and into the first years of the twenty-first century, technology was creating lighter surfboards and wetsuits were both lighter, more flexible and more able to withstand the cold. This opened up new surfing locations all around the world.

Whilst the financial crisis of 2008-9 affected business, surfing is still booming. The Big Wave World Tour was taken over by Zosea in 2013, taking the pressure off struggling surf companies and helping professionalize the tour.

Modern surfing has become so established that on August 5, 2016 the International Olympic Committee unanimously voted for surfing to be included in the Tokyo Games in 2020.

We want to thank our friends from topratedonlinecasinos.org who are helping us to maintain our website.